These characters are introduced beginning in the third book of the series, The Insurgent's Journal (2012), and continuing through the final two books, Infernal Eighteen (2013) and Eden Inviolate (2014). 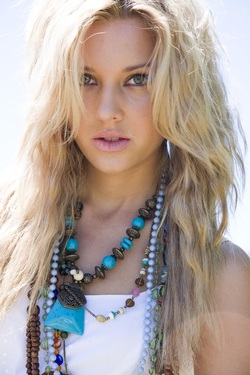 The teenage daughter of Cole and Ariel Sharpe, Alanna Sharpe has a heavy burden to bear. Her parents are missing, presumed captured by the forces of the New Empire of America. Worse, she is hunted as well; the New Empire is strongly anti-supernatural, which leaves Alanna at a disadvantage with the dragon powers she has inherited from her mother. Complicating things further, her parents' former handler Gabe Francis presents her with her Sharpe birthright, the Sword of the Guardsman, which she must now bear since her father is gone.
She sets out on her quest, first to find her parents. This quest turns into a larger one, to bring down the New Empire and its enforcement arm, the Supernatural Suppression Agency, commanded by General Tyrelius Scolar. Alanna brings her friends and allies with her, among them being her best friend Michika "Michi" Salem; foreign supernatural dignitary Prince Fahaian of Jordan; and William White Bear, a fugitive supernatural who might be more than a friend to the girl.
The group finds supernaturals held captive by the SSA, trying to free them whenever possible. Sometimes this leads to new alliances; other times to betrayal. Through all of their adventures, one goal remains foremost in Alanna's mind: find her parents and get her family back. 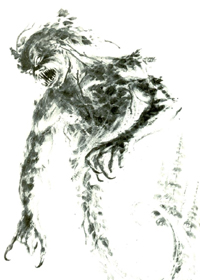 On the run for years from northern Michigan, a state forever transformed by a devastating disaster into a chain of islands surrounding new body of water Lake Regent, William White Bear is the latest in a long line of wendigo warriors, Ojibwa men and women who have possessed the power of the deadly wendigo in order to fight the monsters. William's transformations deform him physically and sometimes mentally; if he loses control of the wendigo, he will sometimes give in to the beast's cannibalistic tendencies, a necessity for that side of him to survive.
William comes into contact with Alanna initially as a child, meeting her at a national Native American conference, where during a reception and dance he spent most of the event with the girl on the dance floor. The next time he sees her, he's tending to a badly-injured Alanna at a refuge he has taken to hiding in with his grandmother. The skills that he learns as a healer come in handy as he helps to nurse Alanna back to health, eventually proving himself a valuable supernatural ally.
Alanna brings him with her, partly because his abilities will help in the fight against the New Empire, but mostly because the feelings William has for her are ones she is willing to reciprocate.

Alanna's best friend virtually since birth, Michi is the daughter of Cyrus and Katrina "Kitty" Salem, the proprietors of the Hidden-In-Plain-Sight Ranch. Exuberant to the point of exaggeration, Michi insists on accompanying Alanna on her quest to save her family, a demand which her father reacts to by giving her a mysterious magic artifact, a long glove which allows her to tap her inherited Avalonian magic power. The glove allows her to cast spells like her father, but at a cost of a blood sacrifice every time she uses it. She does her best to keep up with her BFF, but at times the blood cost the glove exacts from her can be too much to handle, and she always feels like she slightly lags behind her dragon-paladin friend.

Appearing in the middle of the New Mexico landscape, Prince Fahaian is the son of the ruling monarch of Jordan, the Zoroastrian cleric King Fahai. Fahaian maintains his father's religious tradition, but also is a supernatural himself: a telepyretic, he has the ability to utilize any number of mental powers ... from telepathy to teleportation ... so long as there is fire nearby. He appears in the New Empire to offer aid to Alanna, aid which she gladly accepts by bringing him into her traveling party searching for her parents. As time goes by, the relationship Fahaian has with Michi begins to evolve from adversarial to comradeship, and possibly further.

Former Director of the CIA, former handler of CIBO #A13, and all-around enigma, Gabe puts Alanna on her quest's path by rescuing her from an SSA raid which captures her mother. He later presents her with her father's Sword, entrusting her with the burden of the Guardsman. He is a fugitive just like the other supernaturals, and as such has decided to act as Alanna's mentor and guide on her quest. This is not the positive relationship that it suggests, though, as Gabe has an irritating habit of holding back vital information seemingly on a whim, which infuriates Alanna intensely. 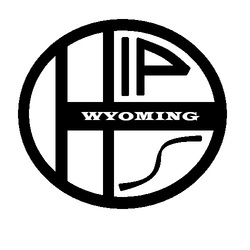 A central hub for the entire insurgency, the HIPS Ranch is owned by the Salem family and run by Kitty and Cyrus Salem, Michi's parents. Originally a tourist "dude ranch," the HIPS Ranch now serves as a supernatural underground railroad, ferrying those persecuted by the New Empire of America to safety in the mystical realm of Avalon, via a doorway Cyrus himself constructed and maintains. Raids upon the Ranch have also led Cyrus to occasionally cast a transport spell which moves the whole place to another location on the North American continent.
Residents of the Ranch maintain a tumblr blog, which they hope will recruit more allies to their side of the fight against the New Empire. Because of limits on free speech, however, these messages wind up being mostly coded in their responses. 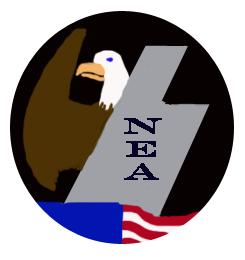 Created with the election of Carleton and Jennifer Regent to President and Vice President, respectively, the New Empire of America enacted several measures of legislation designed to strip supernaturals of their rights within the nation and install the Regents as the sole leaders for life. They accomplish this through Constitutional amendments and the actions of their new department, the Supernatural Suppression Agency (SSA), headed by the Vice President and commanded in the field by General Tyrelius Scolar. Reminiscent of many despotic regimes, the Regents rule through an impenetrable cult of personality, which leaves them with legions of adoring citizens who believe much like they do once they've been through a place.
The SSA, on the other hand, is a militaristic police agency. The U.S. armed forces have all been folded into the SSA, which undertakes operations to root out supernaturals from their hiding places. Scolar leads them using the Sabre of the Invader, and regularly allows the hellish paladin out to engage in combat. In addition, the Agency also employs brainwashed, mind-controlled supernaturals to carry out their dirty work and fight their brethren, a practice discovered by accident by Alanna Sharpe and her party.
The entirety of the New Empire's activities, though, obscure a sinister and potentially demonic source for their power, one which the Regents are desperate to keep secret, and will cut a swath through as many supernaturals as it takes to maintain.
Page design copyright 2012 Desert Coyote Productions/Don A. Martinez, all rights reserved.